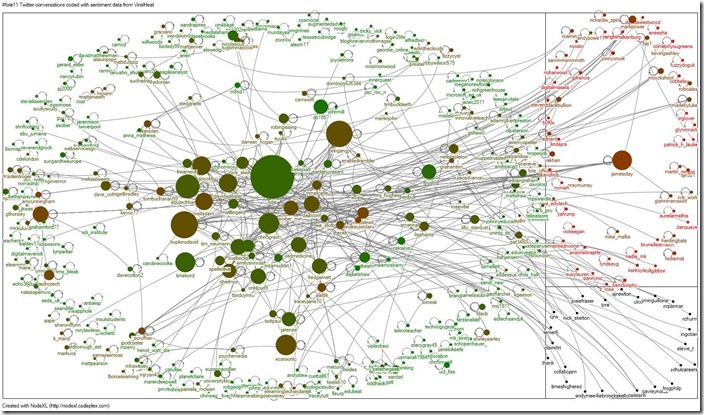 The graph shows that over 80% (n.296) of #fote11 hash taggers (n.355) posted tweets with an overall positive sentiment detection.

Somethings worth noting with this data. Sentiment analysis is being analysed using machine detection (ie it might be wrong). Someone with overall negative sentiment doesn’t necessarily indicate that they had a bad event experience. If the person was reflecting on issues being presented or quoting others who had a negative experience this will be reflected in their sentiment score. The bottom line is the graph gives an overview of a more complex story. If you want to start unpicking that story yourself the GraphML data is available on the NodeXL GraphGallery.

Update: Just so you don’t think @jamsclay is the ‘king of miserable’ these were the tweets detected as negative sentiment  … I’ll let you decide ;)