Not at FOTE11 today (you can follow the live stream) but was interested in what data I could extract from the #fote11 twitter stream and process as the event unfolds. Most of the data here comes from a mashup of my Google Spreadsheet mashup. (This is perhaps putting Google Spreadsheets to the limit in terms of fetching data but lets see how it goes)

Update: Some of these graphs may take a couple of seconds to appear [H/T @johnmclear]

Update 3: Added a second snapshot of the Twitter conversations to cover whole day

Update 4: Coded the last snapshot with sentiment data from ViralHeat

Here’s a archive of the tweets from the event captured in a Google Spreadsheet. 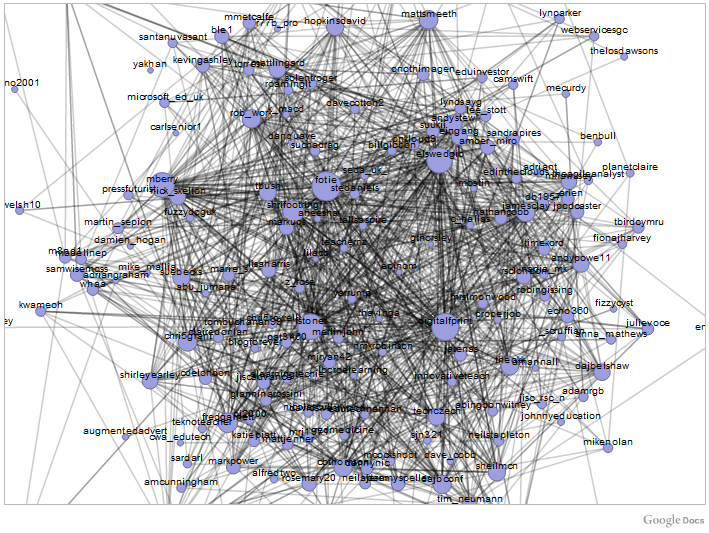 #fote11 conversations (made with NodeXL) 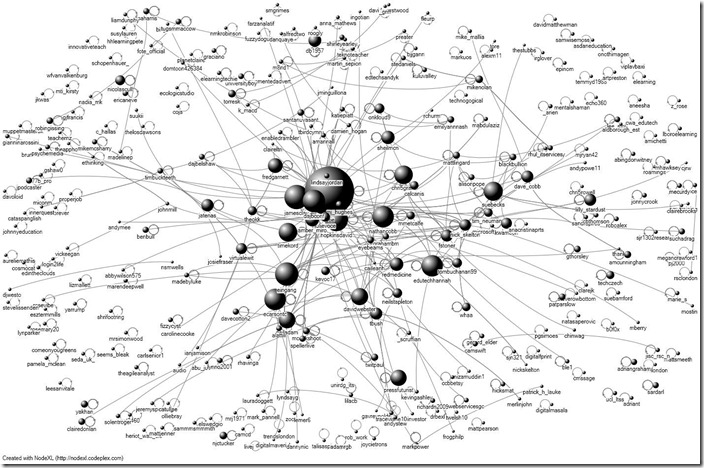 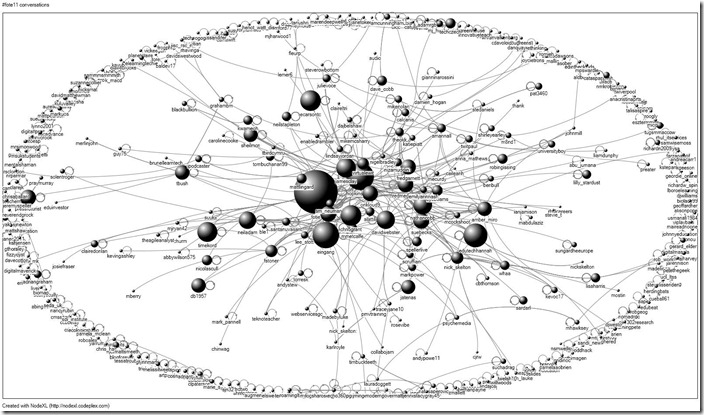 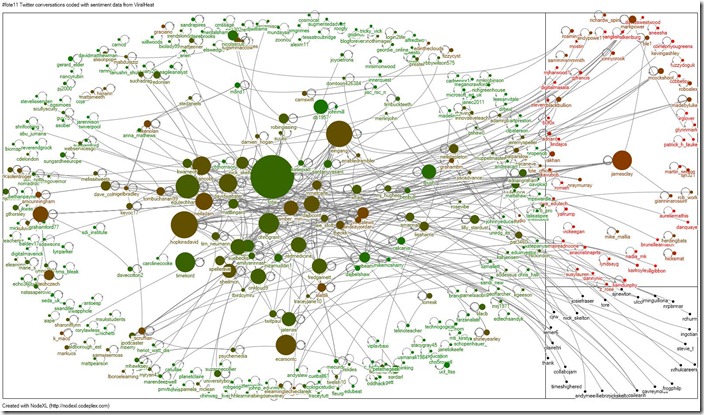 The graph shows that over 80% (n.296) of #fote11 hash taggers (n.355) posted tweets with an overall positive sentiment detection.

Somethings worth noting with this data. Sentiment analysis is being analysed using machine detection (ie it might be wrong). Someone with overall negative sentiment doesn’t necessarily indicate that they had a bad event experience. If the person was reflecting on issues being presented or quoting others who had a negative experience this will be reflected in their sentiment score. The bottom line is the graph gives an overview of a more complex story. If you want to start unpicking that story yourself the GraphML data is available on the NodeXL GraphGallery.