Today I’ve been invited to ALT’s White Rose Learning Technologists SIG to talk about Learning Analytics and educational mining of Twitter. The Learning Analytics part of this was something I was somewhat reluctant to do as I have recently realised how much I don’t know about this area. Another factor was my fear that learning analytics is being eroded by ‘counts’ rather than actually caring about the learner. This appears to be a shared concern and I was fortunate to recently see a talk given by Dragan Gasevic which addressed this. A recording on his session is currently here and Dragon’s slides are on Slideshare, which I heavily reference in my own talk. I’ve put my own slides online and a recording may be available soon. Here are some notes/reflections:

I was fortunate to be in the bar room when ‘absence of theory’ was being discussed at MRI13. The thing that hit me hardest was the reflection that throughout my career there has been an absence of theory. Like many other learning technologists I jumped into this area from another discipline, in my case structural engineering. Consequently I started in this area with more knowledge of the plastic analysis or portal frames than  educational theory. Being a curious person has taken me down numerous avenues and often along the way I’ve been lucky to work and learn with some of the best. For example I was fortunate to work with Professors David Nicol and Jim Boyle at the University of Strathclyde, Jim arguably being responsible for importing Peer Instruction to the UK. So while I have some theory I don’t have enough and whilst I have connections to some of the best people in LA my job isn’t aligned. But enough about me, without theory the danger is you have data but no actual insight to what it means.

Graphs can be a powerful way to represent relationships between data, but they are also a very abstract concept, which means that they run the danger of meaning something only to the creator of the graph … Everything looks like a graph, but almost nothing should ever be drawn as one. – Ben Fry in ‘Visualizing Data’

The consequence is ‘every chart is a lie’, a representation of data defined by it’s creator. One option here is to turn the learner into the creator. With modern web browsers it’s becoming even easier for someone to become the explorer of their own data. Dashboards, which appear to have the same appeal as Marmite, can also be personalised to give more meaning to the learner. Even with personalisation and customisation there is a danger of misinterpretation which Dragon highlighted with Corrin, L., & de Barba, P. (2014). ‘Exploring students’ interpretation of feedback delivered through learning analytics dashboards’. 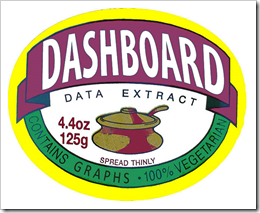 I was browsing some slide decks by Doug Clow as part of the LACEProject and he captured the sentiment nicely highlighting that there needs to be transparency when using learning analytics. He contextualised this around guidance and support rather than  surveillance and control. Given the varying degrees of apathy I see around data and privacy this is a conversation always worth having. There is clear outline of ethical considerations in the Analytics for Education chapter penned by my co-authors Sheila MacNeill and Lorna Campbell:

As institutional managers, administrators and researchers are well aware, any practice involving data collection and reuse has inherent legal and ethical implications. Most institutions have clear guidelines and policies in place governing the collection and use of research data; however it is less common for institutions to have legal and ethical guidelines on the use of data gathered from internal systems (Prinsloo & Slade, 2013). As is often the case, the development of legal frameworks has not kept pace with the development of new technologies.

The Cetis Analytics Series paper on Legal, Risk and Ethical Aspects of Analytics in Higher Education (Kay, Korn, & Oppenheim, 2012) outlines a set of common principles that have universal application:

In short, it is fundamental that institutions are aware of the legal and ethical implications of any activity requiring data collection before undertaking any form of data analysis activity.

At best analytics can help start a conversation. People have to be willing to take the conversation on – Roberts, G. Analytics are not relationships

My biggest fear is Learning Analytics just becomes ‘computer says no’. I’m reassured that there are many people working very hard to make sure this doesn’t happen, but in the glitz and glamor of ‘big data’, prediction algorithms and dashboards there is a danger that we start caring about the wrong thing. For me the biggest opportunity is analytics are used as feedback, helping inform the conversation.