Detailed description
I have two columns containing lists of horizontally identical, but sometimes almost identical text strings. This is on purpose. Each row has another couple of words that need to be compared.

I’d like to compare them on a character by character basis, and then point out in the second column at which positions it differs from the first, for example like this:

As far as I can tell, I’d need a Google Script that parses both strings character by character and output "–" when they are identical, and output the value of the character string from B2. It should be relative simple, with a FOR loop. Thing is, I’ve never written a Google Script, and it’s a bit daunting for me to start on my own.

Note that LEN (A) is always identical to LEN (B) 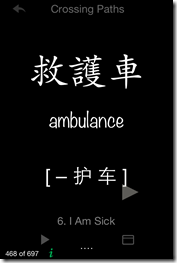 There’s no need to use Chinese characters to test the formula, I’m just providing this so that you know in what context the formula will be used.

My initial thought was to use existing formula to SPLIT the cell text into individual character values and then do a comparison but unfortunately the SPLIT formula requires a character to split on. So instead I turned to Google Apps Script and wrote the following custom formula:

One of the things to be aware of is Google Apps Script formulas are associated with a spreadsheet. You can’t globally use a custom formula unless the script is attached. Fortunately when copying a spreadsheet you also get a copy of the script, so providing templates is a way around this.

With this limitation in mind I thought I’d have another go  at cracking this with built-in formula … and guess what it is possible. The key to unlocking this was when playing with the REGEXREPLACE formula I accidentally turned ‘ABCDE’ into ‘,A,B,C,D,E,’ by using =REGEXREPLACE(A20,"(.*?)",","). My RegEx is terrible so I’ll let someone else explain how this works in the comments, but getting to this point meant I could use a combination of SPLIT and REGEXREPLACE to do a character by character comparison on two cells of text. The final version of the formula goes (comparing cell A14 to B14):

My rough workings are embeded below. You can also make a copy of the entire project including the Apps Script solution here.

Update: Bruce Mcpherson has posted an alternative formula to do this which goes like:

As you will see from the comments thread on that post Marjolein was having problems using my version with a Chinese characterset. Adding this to the example spreadsheet I’m unable to replicate the error but have encountered the problem here. If anyone can spot the difference I’d welcome your thoughts?

Update 2: Bruce pointed out that “the likely issue is that the columns with the problem are times – the characters mean AM. The same thing would probably happen with numbers. Have you tried wrapping the cell references in concatenate() to convert to a string?﻿”

I said: ah I see what you mean 时 is being interpreted as 上午12:00:00. Not sure how I’d wrap the concatenate with my regexreplace. Your solution looks better all round so rather than loosing sleep I’d go with that

Previous Post: How to open a Google Spreadsheet at a specific row for editing
Next Post: What I’ve starred this month: July 28, 2013