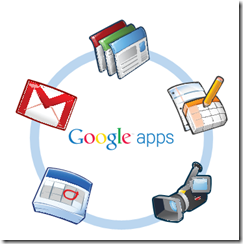 The Open University are one of the latest institutions to move their student email services to the cloud after signing up to Google Apps. As well as email, OUs 200k students will automatically receive access to Googles other services which include contacts, calendar, instant messaging and website creation.

In making the announcement Niall Sclater, Director of Learning Innovation at the Open University, also raised the possibility of Google Apps being used as an eportfolio system, saying:

initial research has shown that it would work for some of the key aspects of eportfolio provision such as the storage of documents under the control of the user, the exporting of these so they can be taken with them through life, and the creation of templates for the collection of structured data for a variety of purposes.

The announcement from OU follows on from a number of recent upgrades to Google Apps including uploading any files to Google Docs, co-editing presentations and bulk file export. Google have also recently launched a Google Docs for students page which aims to support students in using Docs to support their studies.