Back in 2000/2001 I was studying for an MSc Multimedia and Interactive Systems. At the time I was quite interested in 3D technology and the birth, death, birth, death, birth, death of the 3D web. Digging around some old files the other day I came across a piece of work I did with my long standing friend Drummond Cargill on ‘3D Web Interfaces – The Next Dimension?’. Below is the section I wrote on hardware. Amazing how little has changed in 10 years (other than increased availability/lower cost).

Current display and input devices available to the general public have remained unchanged for a number of years, but as the IT industry in general heads towards a more enriched 3D environment new methods for viewing and navigating these world are being developed.  While many or these new devices remain in the domain of specialists there has already been a diffusion of these new technologies into the home in countries like Japan and North America.  These new output devices required to view and navigate virtual environments can be divided into two broad categories, display and navigation. The following section investigates the hardware available in both of these categories.

All current display techniques use the same method to deceive the brain that it is looking at a 3-Dimensional object.  This method is based on giving a different data to the left and right eye and at present there are four basic ways to achieve this effect:

Liquid Crystal (LC) glasses or Shutter glasses are used to view Stereo3D on video and computer monitors. They are inexpensive and provide viewers with full-colour images. LC glasses can be used on standard CRT monitors but if the refresh rate is 60 Hz there is a noticeable flicker due to the low frame rate, this is however not a problem for 120 Hz monitors.  LC glasses are emerging as a future technology for the home because of there low cost and the fact that they don’t use a dedicated system to display images.  LC glasses range in price from £50 – £350 and are already directly support by software packages such as 3D Studio Max. 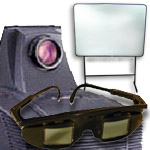 Polarised glasses are used to properly view 3D objects from projections and specially equipped VGA monitors. Inexpensive polarized glasses are available in both plastic and paper frames and may be imprinted with logos, promotional text or other graphics.  Polarised glasses are more commonly used for large audiences and trade fairs.  Although polarised glasses cost between £0.30 – £3.50 projectors range in price from £5,000 – £10,000 and adaptations of standard CRT monitors using liquid crystal plates ranges from £1,500 – £5,000.  Polarisation is a techniques commonly used in theme parks such as Disney and IMAX to achieve 3D effects because of it’s accessibility to a wide audience and relatively low cost. 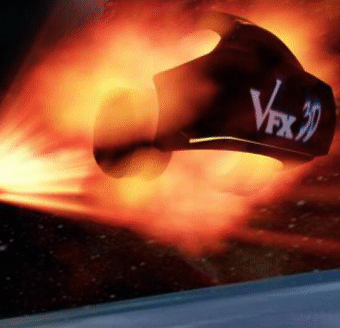 Head-Mounted Display (HMD) devices are similar to Liquid Crystal glasses except the each eye has a dedicated liquid crystal display to generate the Stereo3D image removing the possibility of flicker. HMD’s often also incorporate audio headphones to give a complete immersive experience.  HMD devices although considered the way forward in the early nineties are considered expensive and cumbersome compared to LC glasses.  This has lead to many major manufactures such as Sony and I-O Display Systems to discontinue lines.  HMD headsets which including tracking devices have found use in total Virtual Environment immersion applications.  HMD headsets range in price from £350 – £5,000. 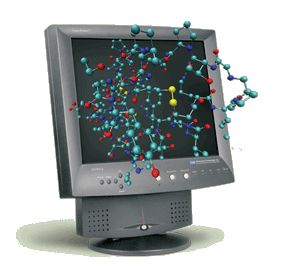 Auto-stereoscopic flat-panels use parallax illumination which involves sending two images – one to the left eye and one to the right eye – to different columns of pixels, the left eye images to the odd numbered columns and the right eye to even numbered columns. The LCD display has a standard arrangement of LCD backlighter and the LCD panel but Auto-stereoscopic panels have an additional panel in between called a TN panel.  The vertical columns on the TN panel illuminate either the even or odd columns of pixels, depending on which image is coming through. Your left eye sees only left eye images and your right eye sees only right eye images, just as you do in real life.  Auto-stereoscopic panels do require you to sit in an optimum position relative to the panel to get a true 3D effect but they have the advantage of not requiring cumbersome headgear or glasses which may lead to health issues.  Auto-stereoscopic flat-panels range in price from £1,200 – £10,000 and price is very sensitive to viewable area and addition function such as eye tracking.

At present true 3D display is very feasible and is on the verge of entering the home market.  Applications for Stereo3D remain limited but with the increasing desire for the total home entertainment system it is only time before minimum specifications for personal computers will include a form of 3D output.  Having a method for displaying Stereo3D images is only the first step in the problem. To utilise this new hardware development fully 3D objects and worlds have to be designed with this new technology in mind and at present very few software companies, except those dealing with computer aided design and animation, are considering the potential of this output medium while it is in such an early stage of consumer acceptance.  But with Microsoft’s continual development of TaskGallery, a 3D desktop, Steroe3D imaging appears to have a strong future.

Previous Post: Here’s some posts which have caught my attention this month: Online learning needs a strategy,
Next Post: Linking a Google Form with data from the responses in the Spreadsheet [Event/Resource Booking]